Frosted storefront windows twinkle with the glow of holiday bulbs and Main Street is lined with trees. A festive wreath on the Nantucket Atheneum’s front door welcomes locals and tourists alike, providing a quiet refuge in the colder months. Once more, the island is dressed for the season. Our library shelves get a dose of holiday spirit, too. This year’s collection of new releases are full of sentiment, mystery, and charm.

Local author Elin Hildebrand is bidding farewell to the Quinn family in “Winter Solstice,” the final installment in her Winter Street series. As the holidays are apt to do, this finale brings her favorite characters home. Hildebrand is known for her summer beach novels so a winter theme was a big change for the author. “The Christmas books give a whole new aspect to life on Nantucket,” she says, adding that the island is one of the most “charming” places in the country to spend the holidays. While bittersweet, Hildebrand’s final chapter will be the perfect ending for devotees of this stormy saga.

Steven Axelrod has turned a local tradition on its head in “Nantucket Red Tickets,” the fourth in his Henry Kennis mystery series. Kennis, the Nantucket Police Chief, has his hands full this year with a gruesome cold-case murder, Tuckernuck drug ring, and a looming plot to rig the annual Red Ticket drawing on Christmas Eve. Things are no better at home as his girlfriend is having a holiday meltdown and the kids are in trouble at school. Will Christmas be the key to solving all of the chief’s problems and one of the island’s darkest mysteries? This book is a great option for armchair detectives looking for a grittier seasonal read.

“The Noel Diary,” by bestselling author Richard Paul Evans, is a novel about family and forgiveness. The story follows Jacob, a writer, as he travels home to inherit his estranged mother’s estate. Their relationship was complicated by mental illness and misunderstandings. Will sorting through old boxes, and memories, bring Jacob peace? Evans’ newest book proves the power of compassion during the holidays. The author took a break from seasonal writing after his first novel, “The Christmas Box,” sold a record number of copies in 1995. Evans feels reenergized about returning to his writing roots, noting, “I’ve now reclaimed the season.”

Anne Perry captures the spirit in her fifteenth holiday novella “A Christmas Return.” The Victorian mystery begins with a cryptic present that arrives at the doorstep of Mariah Ellison. The gift beckons Mariah to Surrey where she attempts to reconcile an old friendship and repair a broken family that has been divided by a long-unsolved murder. The novelette uniquely blends all the thrills of a classic mystery with the redemptive qualities of the holiday season. “The possibilities are endless,” Perry muses, “because there is always another Christmas, and something else to discover and something else say, another story.”

This year the Nantucket Atheneum Cold Turkey Plunge turns 18!  This annual Atheneum fundraiser features hundreds of spectators and swimmers who brave the cold waters at Children’s Beach on Thanksgiving morning to benefit the Weezie Library for Children. Complimentary hot chocolate, coffee and pastries are generously provided by local businesses.

Individual Plungers and teams are encouraged to have their family, coworkers and friends sponsor their participation in the Turkey Plunge by donating to the event! All proceeds benefit the Nantucket Atheneum Weezie Library for Children, the island’s public library.

Please register online or pick up a Plunge Card at the Atheneum’s main desk.

On Thanksgiving morning, please arrive at the beach at least 30 minutes early to complete registration and receive your wristband and Plunge tee-shirt (while supplies last).

Skip the line day of and attend advanced registration on November 27nd between 9:30 – 2:30 p.m. at the Atheneum. Early Bird gets the worm — or t-shirt in this case! T-shirts will be handed out to all early registrants the day before the plunge and while supplies last day of!

The Cold Turkey Plunge takes place rain or shine. All funds raised for this event are nonrefundable.

The Artists’ Association of Nantucket and the Nantucket Atheneum kick off a one year community-based stitching and textile project at the Atheneum’s Great Hall on Sunday, Oct. 1 at 1 pm.

The project concludes during the 2018 Nantucket Arts Festival with an exhibit of handcrafted, embroidered “pages” made by Nantucketers. In addition, the Interwoven Stories project includes a printed catalog with a photograph of each work and a short biography of each artist.

The AAN and Atheneum will distribute free kits that contain a page and the supplies needed. Over the year, the two organizations will hold monthly stitching sessions as well as other programs that fete the talent of the island’s many stitchers, both past and present.

Those participating are asked to create a work that celebrates their experience of Nantucket. It can be made up of images or words or both.  The content of the pages will be open and prescriptive so as to give people plenty of room to express themselves.

The project was started by island summer resident Diana Weymar (website: www.dianaweymar.com) who has facilitated other Interwoven Stories in New Jersey and Washington State. Weymar will be at both Arts Festival events, first to help kick off the project in 2017 by showing works from other projects and then to help curate and celebrate the 2018 exhibit.

The project has received a grant from the Nantucket Arts Council. 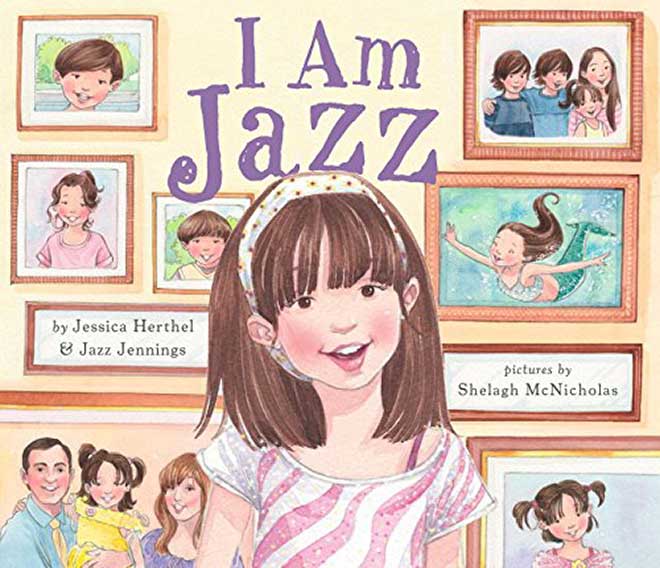 Banned Books Week is an annual event celebrating the freedom to read sponsored by the American Library Association (ALA). The event highlights the value of free and open access to information. Banned Books Week brings together the entire book community — librarians, booksellers, publishers, journalists, teachers, and readers of all types — in shared support of the freedom to seek and to express ideas, even those some consider unorthodox or unpopular.

By focusing on efforts across the country to remove or restrict access to books, Banned Books Week draws national attention to the harms of censorship. The ALA compiles lists of bans and challenges from all over the country.

A challenge is an attempt to remove or restrict materials, based upon the objections of a person or group. A banning is the removal of those materials. Challenges do not simply involve a person expressing a point of view; rather, they are an attempt to remove material from the curriculum or library, thereby restricting the access of others. As such, they are a threat to freedom of speech and choice.

The books featured during Banned Books Week have all been targeted with removal or restrictions in libraries and schools. While books have been and continue to be banned, part of the Banned Books Week celebration is the fact that, in a majority of cases, the books have remained available. This happens only thanks to the efforts of librarians, teachers, students, and community members who stand up and speak out for the freedom to read.

This One Summer written by Mariko Tamaki and illustrated by Jillian Tamaki
This young adult graphic novel, winner of both a Printz and a Caldecott Honor Award, was restricted, relocated, and banned because it includes LGBT characters, drug use, and profanity, and it was considered sexually explicit with mature themes.

Drama written and illustrated by Raina Telgemeier
Parents, librarians, and administrators banned this Stonewall Honor Award-winning graphic novel for young adults because it includes LGBT characters, was deemed sexually explicit, and was considered to have an offensive political viewpoint.

George written by Alex Gino
Despite winning a Stonewall Award and a Lambda Literary Award, administrators removed this children’s novel because it includes a transgender child, and the “sexuality was not appropriate at elementary levels.”

I Am Jazz written by Jessica Herthel and Jazz Jennings, and illustrated by Shelagh McNicholas
This children’s picture book memoir was challenged and removed because it portrays a transgender child and because of language, sex education, and offensive viewpoints.

Two Boys Kissing written by David Levithan
Included on the National Book Award longlist and designated a Stonewall Honor Book, this young adult novel was challenged because its cover has an image of two boys kissing, and it was considered to include sexually explicit LGBT content.

Looking for Alaska written by John Green
This 2006 Printz Award winner is a young adult novel that was challenged and restricted for a sexually explicit scene that may lead a student to “sexual experimentation.”

Big Hard Sex Criminals written by Matt Fraction and illustrated by Chip Zdarsky
Considered to be sexually explicit by library staff and administrators, this compilation of adult comic books by two prolific award-winning artists was banned and challenged.

Make Something Up: Stories You Can’t Unread written by Chuck Palahniuk
This collection of adult short stories, which received positive reviews from Newsweek and the New York Times, was challenged for profanity, sexual explicitness, and being “disgusting and all around offensive.”

Little Bill (series) written by Bill Cosby and illustrated by Varnette P. Honeywood
This children’s book series was challenged because of criminal sexual allegations against the author.

In 2015 three members of the Artists’ Association of Nantucket came to the Nantucket Atheneum and explored the building  looking for inspiration among the library’s treasure trove of art and artifacts relating to Nantucket’s amazing history.

The three artists, Dani Henke, D. Clyde Myers and Russell Wieland, then created artwork inspired by what they found. As part of the project, three videographers captured their creativity and sat them down to discuss their process and the things that inspire them.

The artwork and films were on display at the Artist’s Association of Nantucket and at the Nantucket Atheneum in the Fall of 2015.

https://nantucketatheneum.org/wp-content/uploads/biblio-art-project.jpg 424 692 academic https://nantucketatheneum.org/wp-content/uploads/LOGO-final.png academic2015-12-31 12:40:432017-11-09 16:11:05Biblio Art Project
Please support your public library.
WE RELY ON THE SUPPORT OF OUR DONORS FOR 75% OF OUR OPERATING BUDGET.
SUPPORT OUR LIBRARY
Scroll to top