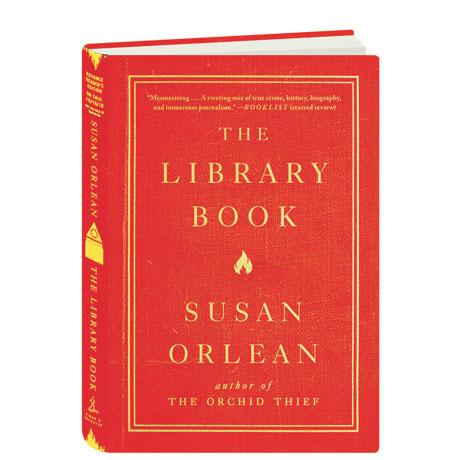 It should come as no surprise that many members of the Atheneum staff are giving the joy of a good book this holiday season.  Here are some titles to check out:

The Library Book by Susan Orlean

Orlean has been a staff writer at The New Yorker since 1992 and has written many books. Her latest book investigates the fire at the Los Angeles Public Library in 1986 which destroyed four hundred thousand books. The fire effected more than half of the collection, as Orlean notes you can still smell smoke in some of the books. Alongside her well researched inquiry into the fire is a poignant testament to the power of libraries as formative and essential places in society.

We were fortunate to host Professor Blight at the Atheneum in October to discuss his new and highly praised biography of Frederick Douglass. The first full biography of Douglass in nearly thirty years, Blight’s portrait of this incredible man is informed by his many years of teaching and unprecedented access to new material. An extensive collection of family albums allowed Blight to shed more light on Douglass’ life, particularly his later years.

Murakami is a masterful storyteller and his latest novel is no exception. Readers will delight in his complex characters and beguiling prose. The novel centers on a portrait artist who moves to a secluded house once owned by a famous Japanese painter. Described as an epic homage to Fitzgerald’s The Great Gatsby, Murakami’s novel is a meditation on loneliness and art.

Adelaide Richards works in the Atheneum’s Adult Programming Department and in the Circulation Department.

I’ve worked as a volunteer for the library for 10 years. I have never found a more pleasant, dedicated and professional group of people. The Atheneum and its staff are a treasure for this town.

- Jane Duffy
Please support your public library.
WE RELY ON THE SUPPORT OF OUR DONORS FOR 75% OF OUR OPERATING BUDGET.
GIVE NOW
Scroll to top