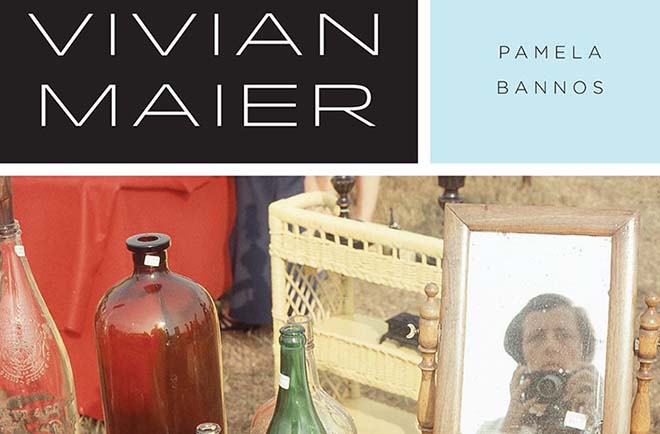 In 2007, massive lots of photo negatives went up for auction as part of an abandoned storage locker sale in Chicago. Interested buyers bid on large bulk bins, sight-unseen, hoping to score a few treasures. Real estate agent John Maloof bought a box of negatives for about four-hundred dollars. Two years later he posted the photographs, many of them candid city shots and street portraits, on a popular image site. He was not the first to come across the pictures, nor to make them public, but his project would become the catalyst in a global obsession. Who was Vivian Maier?

Maloof chronicles his personal investigation in the documentary Finding Vivian Maier. The film is an intimate portrait of Vivian Dorothy Maier, an elusive French-American photographer whose remarkable work went undiscovered during her lifetime. Throughout her career, Maier avoided building close relationships, even with those she worked and lived with as a professional nanny. Her European ancestry is revealed but the clues end with her death in 2009, two years after Maloof purchased the negatives and only a few days before he first posted them online. She would never know that her work had been made public nor that it would become a critical artistic contribution to 20th century portrait photography.

Northwestern professor and author Pamela Bannos’ picks up where the documentary left off in her new biography, Vivian Maier: A Photographer’s Life and Afterlife. Bannos chose to focus her book on the intricacies of Maier’s personal life and the complicated ethical legacy her photography left behind. When Maier’s photographs and ephemera went up for auction her personal archive was suddenly scattered in the wind. Bannos relies on extensive genealogical research and her efforts to locate the disseminated ephemera in order to piece together the Maier estate.

She also attempts to debunk the public assumption that Maier was a casual street photographer. Bannos suggests the consistency and purposeful styling of Maier’s photographs over the course of decades proves she had technical skill and a natural eye. Vivian Maier: Out of the Shadows, a 2012 photography book by Richard Cahan and Michael Williams, describes Maier’s work as remarkable and spontaneous. “Maier had few friends and was known to be difficult and temperamental. Yet her photography shows an exceptional ability to relate to and connect with people.” The book describes how she took only one picture of most subjects in order to capture the most intimate of moments.

The Bannos biography raises some valid questions about the distribution of Maier’s photographs. The Maloof documentary grossed $3.5 million and subsequent books and galleries have featured her work. The Maier estate is caught in purgatory between distant relatives and the buyers who originally bid on the auction lots. Furthermore, it is unclear why Maier never shared her own images with anyone. Some argue that making her work public has spared her from artistic obscurity while others feel that elusive nature was the original intention. The ethical and legal implications of the Maier estate are far-reaching. In Bannos closing words, “Vivian Maier’s story continues on without her.”

Elizabeth Kelly is a reference librarian at the Nantucket Atheneum.

https://nantucketatheneum.org/wp-content/uploads/bannospost.jpg 434 660 Elizabeth Kelly https://nantucketatheneum.org/wp-content/uploads/LOGO-final.png Elizabeth Kelly2018-02-01 19:29:092018-02-01 20:05:01Who Was Vivian Maier?
Please support your public library.
WE RELY ON THE SUPPORT OF OUR DONORS FOR 75% OF OUR OPERATING BUDGET.
SUPPORT OUR LIBRARY
Scroll to top