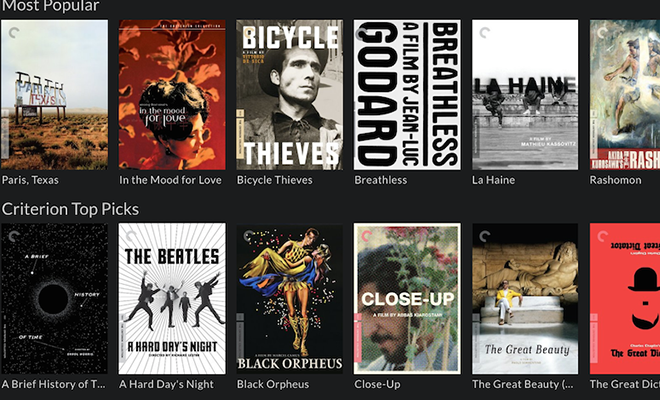 Kanopy is an on-demand streaming video service for public libraries that provides Atheneum patrons access to a large collection of films. The service is free of charge, but requires users to create an account with a current library card. Atheneum library cards are free, just come to the library to fill out a form and get one.

Atheneum patrons can watch up to 10 films per month. There is no due date, each film stays checked out on a user dashboard for three days.

The vast Kanopy library of more than 26,000 feature and short films is heavy on independent, art house, critic picks, foreign, shorts and documentary films. Included in that are 400 titles from the Criterion Collection, curated collections such as  Flicker Alley, which offers silent cinema and Avant-garde films, and Shout Factory, which offers an eclectic array of movies from the 1930s to the present day. In addition to feature films, Kanopy also has more than 3,000 videos from The Great Courses and television series from PBS, Music Box Films and Green Planet Films. Kanopy does not offer a big selection of Hollywood Studio feature films.

Kanopy films can be watched using a web browser on a computer or using an app for Roku, AppleTV, iOS and Android devices.

https://nantucketatheneum.org/wp-content/uploads/critweb.png 400 660 Amy Jenness https://nantucketatheneum.org/wp-content/uploads/LOGO-final.png Amy Jenness2018-04-02 16:55:312021-02-23 15:37:10Like Independent, Classic and World Cinema? You’ll Love Kanopy
Please support your public library.
WE RELY ON THE SUPPORT OF OUR DONORS FOR 75% OF OUR OPERATING BUDGET.
SUPPORT OUR LIBRARY
Scroll to top