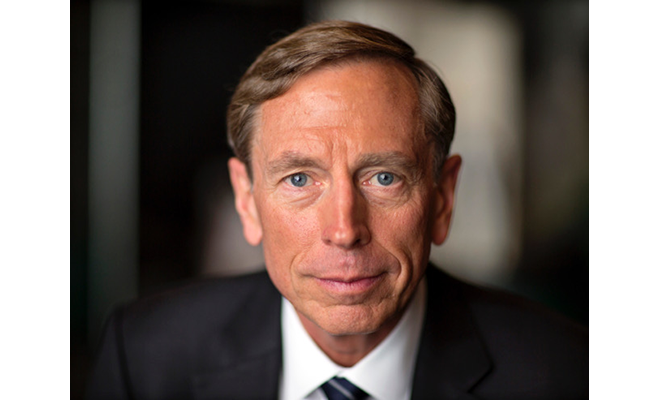 Retired US Army General David Petraeus sits down for a conversation about  Iraq and Afghanistan, his views on current geopolitical issues, and what civilian life has been like during the Nantucket Atheneum’s next Geschke Lecture on Thursday, Aug. 9 at 7 pm at the Nantucket High School auditorium.

The general will be joined in conversation by Robert Greenspon.

General Petraeus has served as Director, Central Intelligence Agency (2011-2012) and commanded U.S. and International Security Forces in Afghanistan and Iraq.  He is  currently partner and chairman of KKR Global Institute and a professor at CUNY’s Macaulay Honors College and the University of Southern California

Admission is $25. Tickets available at the library and online.

https://nantucketatheneum.org/wp-content/uploads/BlogPetraeus.png 400 660 Amy Jenness https://nantucketatheneum.org/wp-content/uploads/LOGO-final.png Amy Jenness2018-08-06 19:18:132018-08-06 19:20:58Geschke Lecture With General David Petraeus Thurs. Aug. 9 at 7 pm
Please support your public library.
WE RELY ON THE SUPPORT OF OUR DONORS FOR 75% OF OUR OPERATING BUDGET.
SUPPORT OUR LIBRARY
Scroll to top