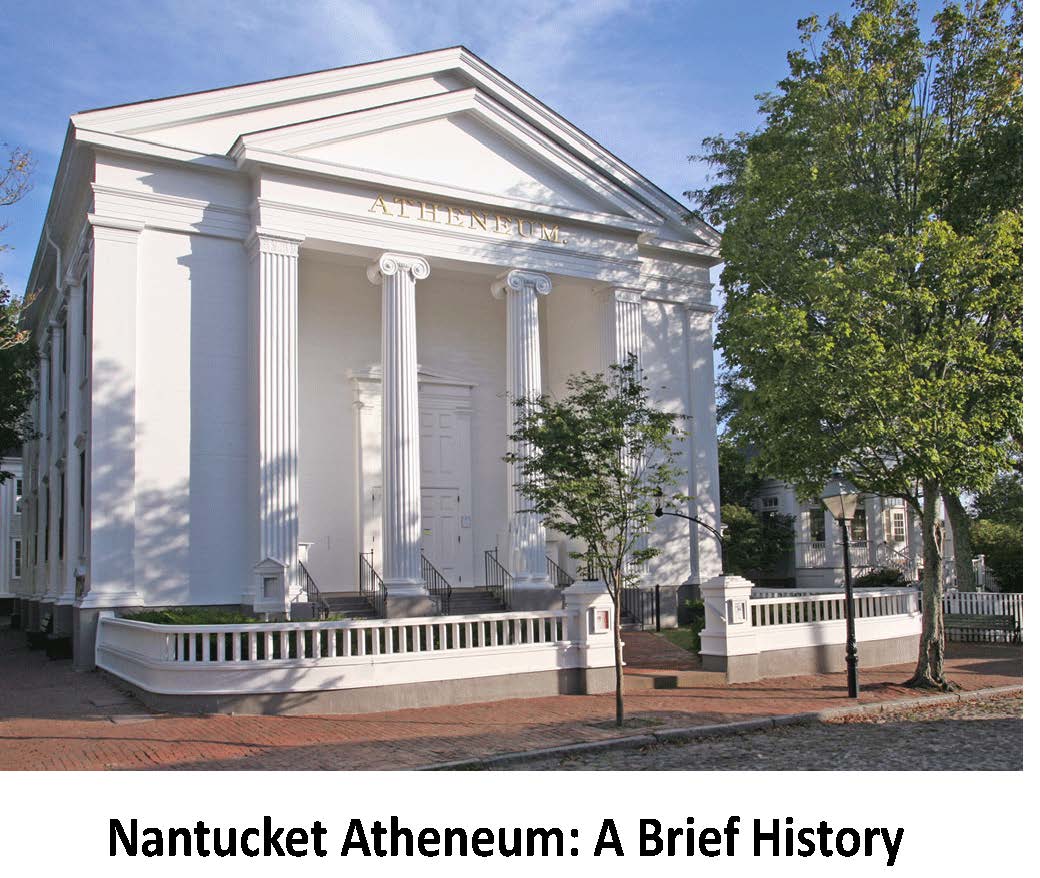 This summer the Nantucket Atheneum, the island’s public library, presents five lectures as part of the library’s ongoing Constance Laibe Hays Memorial Lecture series and Geschke Lecture Series. Each speaker brings their expertise on topics that range from humorous musings on American culture to serious explorations on the science of climate change, American foreign policy, and security and privacy issues in the age of data mining and cyber attacks.

On Mon., July 16 Adam Gopnik, a New Yorker staff writer and author, presents the Constance Laibe Hays Memorial Lecture at the Great Harbor Yacht Club. Gopnik, best known for his “long essays on big thinkers” in the New Yorker and for his “comic personal essays,” which look at the culture of modern times, has won the National Maga­zine Award for Essay Writing and the George Polk Award for Magazine Reporting.

In his most recent book, At the Strangers’ Gate: Arrival in New York, (published September 2017) Adam shares his experiences moving from Montreal to New York in the 1980s.  On Nantucket, Gopnik brings his genial humor and smart commentary to the topics of society, culture and politics.

Established in 2006, the Constance Laibe Hays Memorial Lecture was created in memory of long-time New York Times reporter and the author of The Real Thing: Truth and Power at the Coca-Cola Company, Constance Laibe Hays. She considered the Nantucket Atheneum one of her favorite places in the world. In 2005, Mrs. Hays died of cancer. To support the work of both new and established writers, her family and friends established the lecture in her honor.

The Geschke Lecture Series, established in 2005, kicks off on Mon., July 30 with climate change scientist and policymaker Dr. John Holdren at the Great Harbor Yacht Club.

After serving as top science and technology advisor to U. S. President Barack Obama, Dr. Holdren is now at the Woods Hole Research Center (WHRC), the world’s top ranked independent climate-change think tank, as a senior adviser to WHRC president.

Dr. Holdren will provide an update on the latest climate change data as well as his view on where American and international policies stand related to addressing the impact created by the warming of planet Earth.

Retired US Army General David Patraeus sits down for a conversation with Atheneum board chair Robert Greenspon on Thurs., Aug. 9 at the Nantucket High School.

General Petraeus served as Director of the Central Intelligence Agency (2011-2012) and commanded U.S. and International Security Forces in Afghanistan and Iraq.  He is currently partner and chairman of KKR Global Institute and a professor at CUNY’s Macaulay Honors College and the University of Southern California.  A graduate of the United States Military Academy, General Petraeus also earned a Ph.D. from Princeton University’s Woodrow Wilson School of Public and International Affairs and later completed a fellowship at Georgetown University’s School of Foreign Service.

In what is sure to be a wide ranging conversation, the pair will address security issues related to the country.

Ambassador Burns teaches diplomacy and international relations at the Harvard Kennedy School of Government where he is founder of the Future of Diplomacy Project and Faculty Chair for the Programs on the Middle East and on India and South Asia. During his long career in the U.S. State Department he has served under U.S. Presidents George H. W. Bush, Bill Clinton and George W. Bush. Burns was also ambassador to Greece.  At the State Department he has served on the National Security Council, NATO, been director of Soviet Affairs and a spokesman for the Department of State.

For 13 years the Atheneum has presented a celebrated and diverse roster of speakers who address key issues of the day as part of the library’s Geschke Lecture Series. The events are held in July and August each year.

Through its year round calendar of programs and events, the Nantucket Atheneum is committed to providing the island community with access to engaging and thought-provoking presentations that help us understand our community and the world.

Tickets for each lecture cost $25 and will be available beginning July 1 at the library or online at nantucketatheneum.org.

https://nantucketatheneum.org/wp-content/uploads/AtheneumHistory_Page_01.jpg 878 1040 Amy Jenness https://nantucketatheneum.org/wp-content/uploads/LOGO-final.png Amy Jenness2018-04-27 19:52:222018-08-03 14:51:452018 Summer Speakers Offer Insight Into Our Culture And Times
Please support your public library.
WE RELY ON THE SUPPORT OF OUR DONORS FOR 75% OF OUR OPERATING BUDGET.
SUPPORT OUR LIBRARY
Scroll to top